Strictly positive feedback on the PRIMAL BET. ROCKWAYS slot, which was the first release to feature RockWays mechanics, was the main reason why Mascot Gaming created Cleopatra's Gems Rockways. It is already possible to enjoy the long-awaited release as a demo on our website or get straight into real-money gambling on any partner casino website. 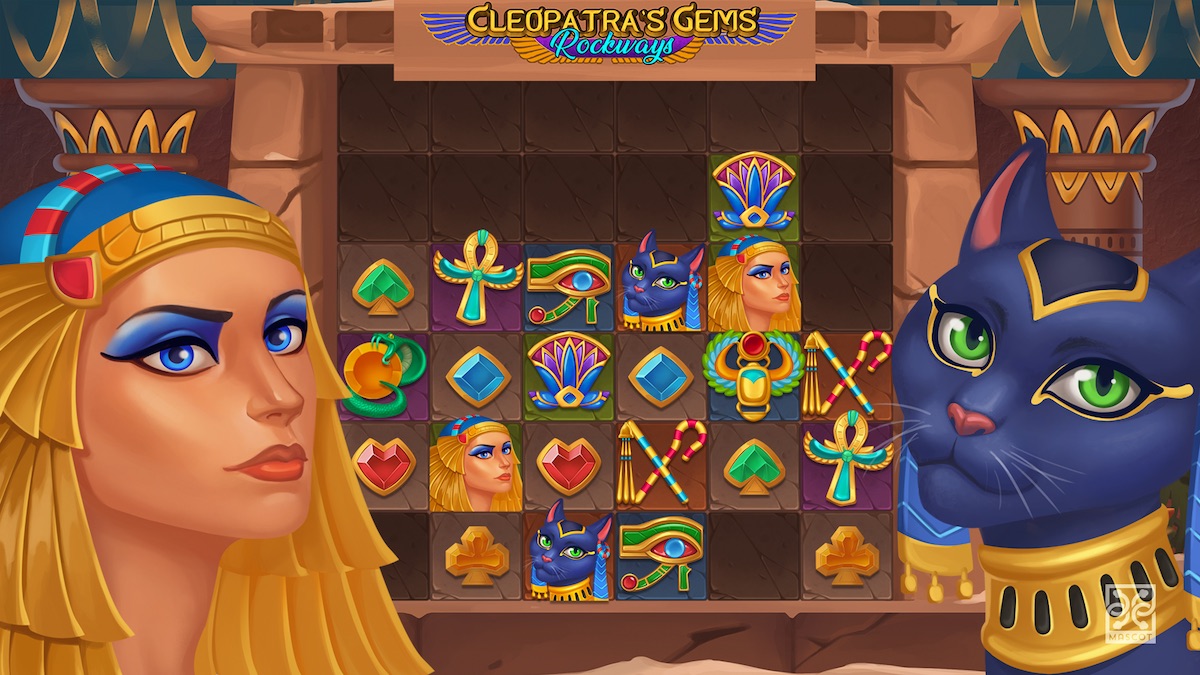 This time slot offers up to 46656 due to improved RockWays feature as well as RockFall feature with special multipliers. However, instead of fighting prehistoric creatures you get to explore secrets of the ancient Egyptian queen and her gems – the bellowed setting of the gamblers. 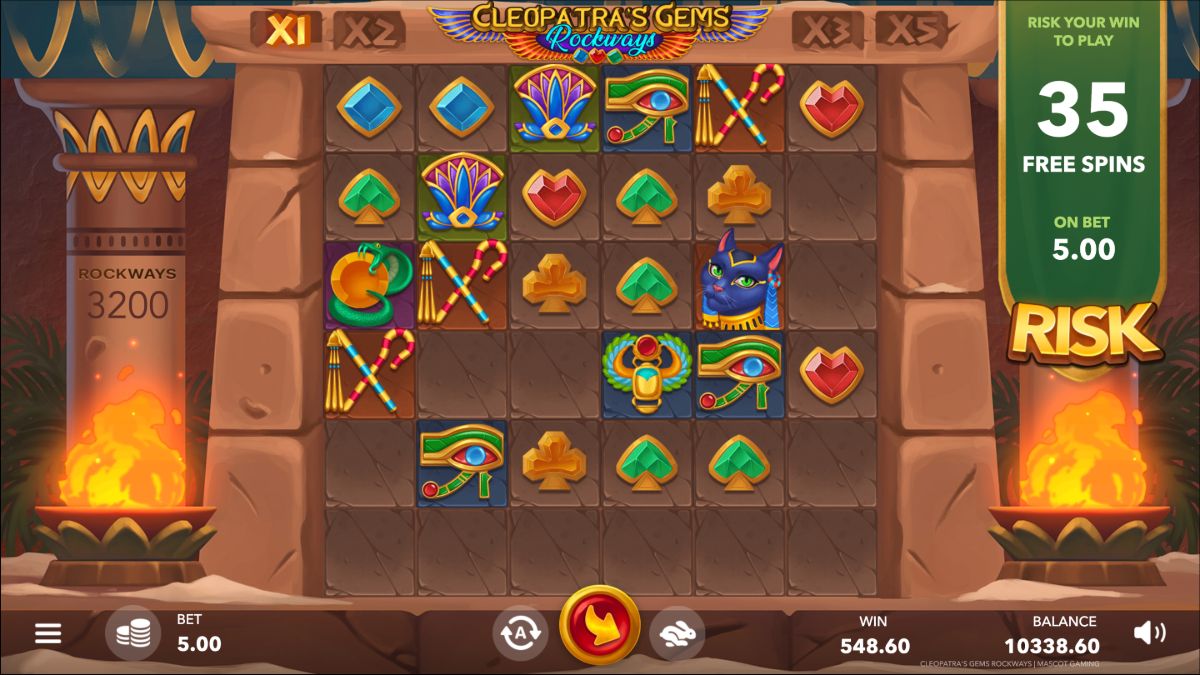 As professionals in slot machine game development Mascot Gaming understand the importance of wide accessibility of their slots, which is why despite innovative gameplay features you still can launch Cleopatra's Gems Rockways via any HTML5 browser. The slot has 6 reels in 6 rows but due to RockWays feature only some of them are active each spin, which is the reason why the number of pay lines can be anywhere between 64 to 46656. This time the volatility level is medium, average hit rate is at 20.1% and RTP rate is 95.1%.

There are 11 symbols you can potentially hit on the reels, including Wild and Scatter:

The value of the winning directly depends on what symbols you hit in the combination; Cleopatra's cat and Yellow gem with a snake are the ones you want to look out for. The Wild symbol is Cleopatra herself while the Scatter symbol looks like a Scarab beetle. 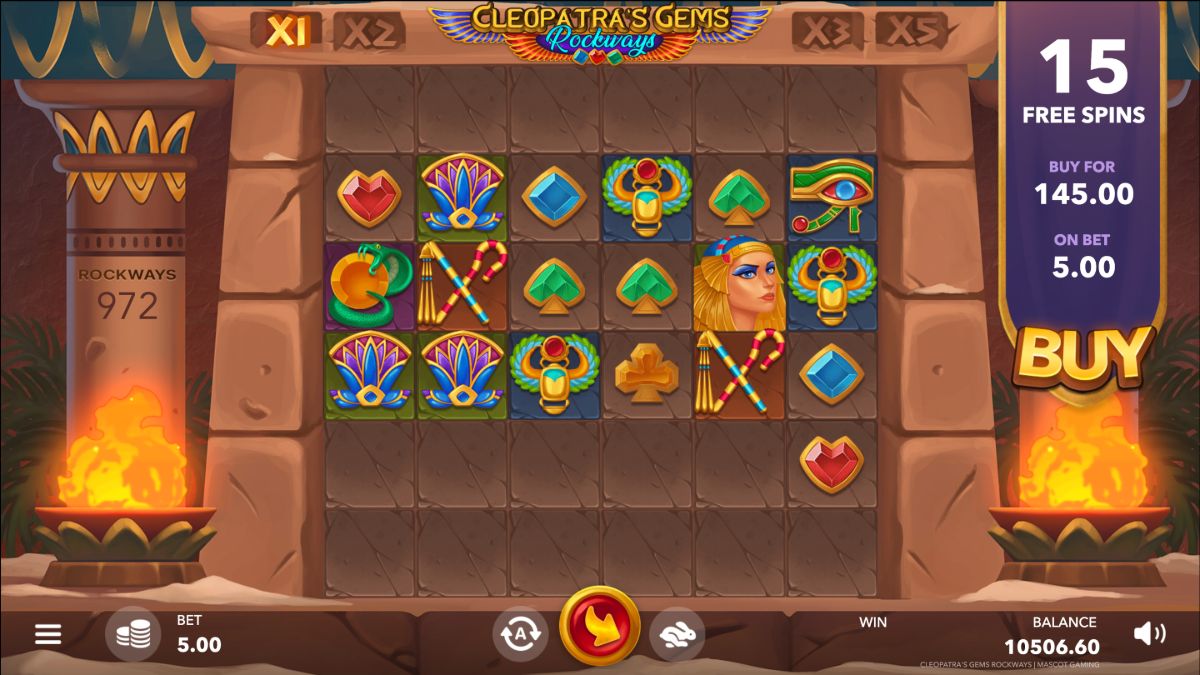 The slot features the most popular theme amongst the gambler community – ancient Egypt! This time you get to hunt for the hidden treasures of Cleopatra herself in her personal pyramid. Everything from smooth animations to sound design make the experience immersive and add to the adventurous atmosphere of the release.

The main goal of Mascot Gaming slot machine game development is providing the best gambling experience to its clients. This becomes especially obvious when you try to explore the unique mechanics and features of its latest releases.

As it comes from the name of the release, this mechanic is the main star of the show this time. Cleopatra's Gems Rockways is only the second slot from Mascot to offer it. Due to it, the number of active reels in each row changes every spin. Inactive symbols are called Blockers and do not participate in the combinations. RockWays' feature spices up the gameplay by impacting the number of pay lines for every round, which are displayed on the right side of the screen and can be within 64 to 46656. 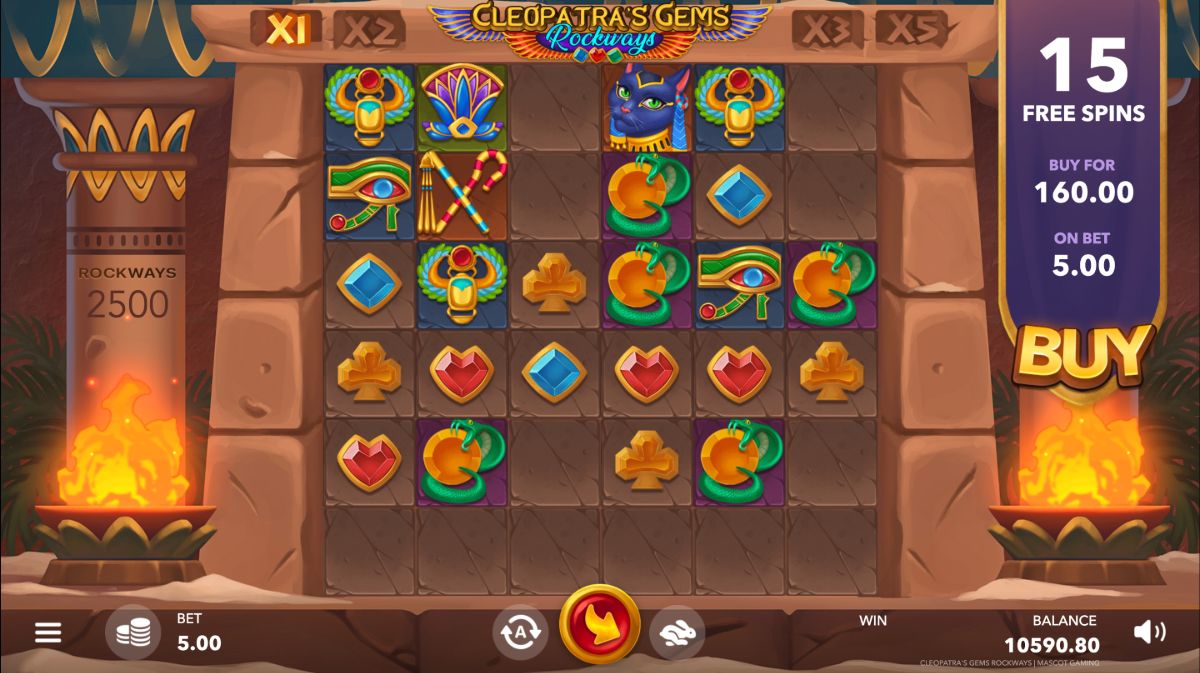 Hitting a winning combination triggers vanishing of the symbols that participated in it from the reels. They simply explode, which allows new symbols to fall in free spaces and potentially form new combinations without spinning. Activating several RockFall events in the row increases the multiplier up to 5x in the regular rounds and up to 15x during Free Spins series. 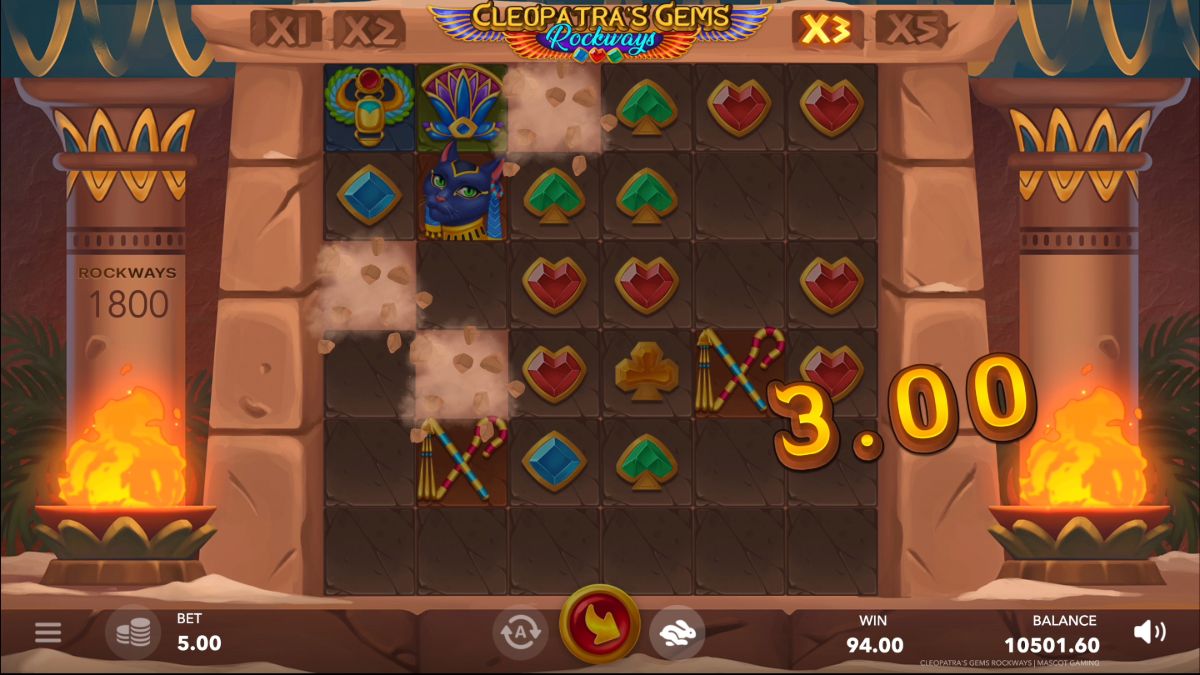 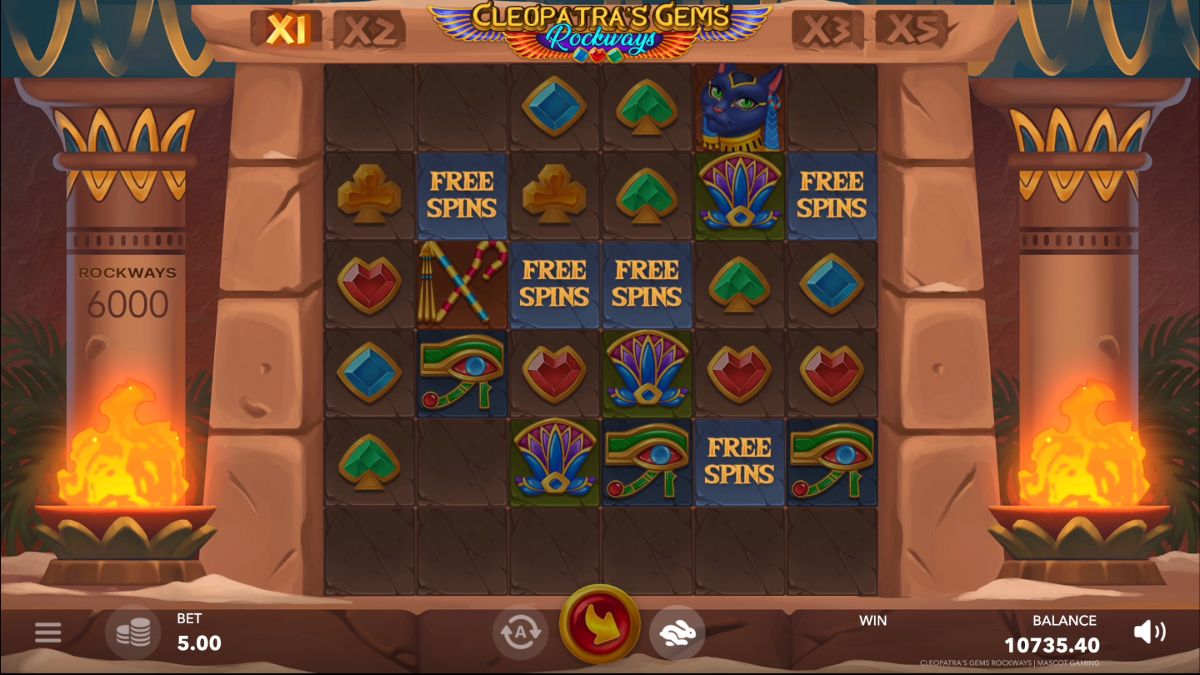 As many other slots from Mascot Gaming, Cleopatra's Gems Rockways also features Risk & Buy mechanics. It offers buying a certain number of free spins for coins after every unsuccessful spin or exchanging your winnings on free spins after hitting a winning combination. It is not obligatory but gives an opportunity to activate a FS series anytime you want.

For the fans of the new RockWays feature and for those who are interested in unique slot mechanics Cleopatra's Gems Rockways will become a great discovery.