Will You Dare Enter Hydra's Lair for a Huge Prize Potential?

Greek mythology has always been attracting slot studios. However, while most of them base their games on deities and gods, Mascot Gaming has taken up another antagonist. According to ancient Greek myths, Hydra was a terrifying dragon with multiple heads. However, in the gambling world, Hydra's Lair is an amazing five-reel and 20-payline game where Hydra serves as a wild symbol to activate the special Hydra feature. 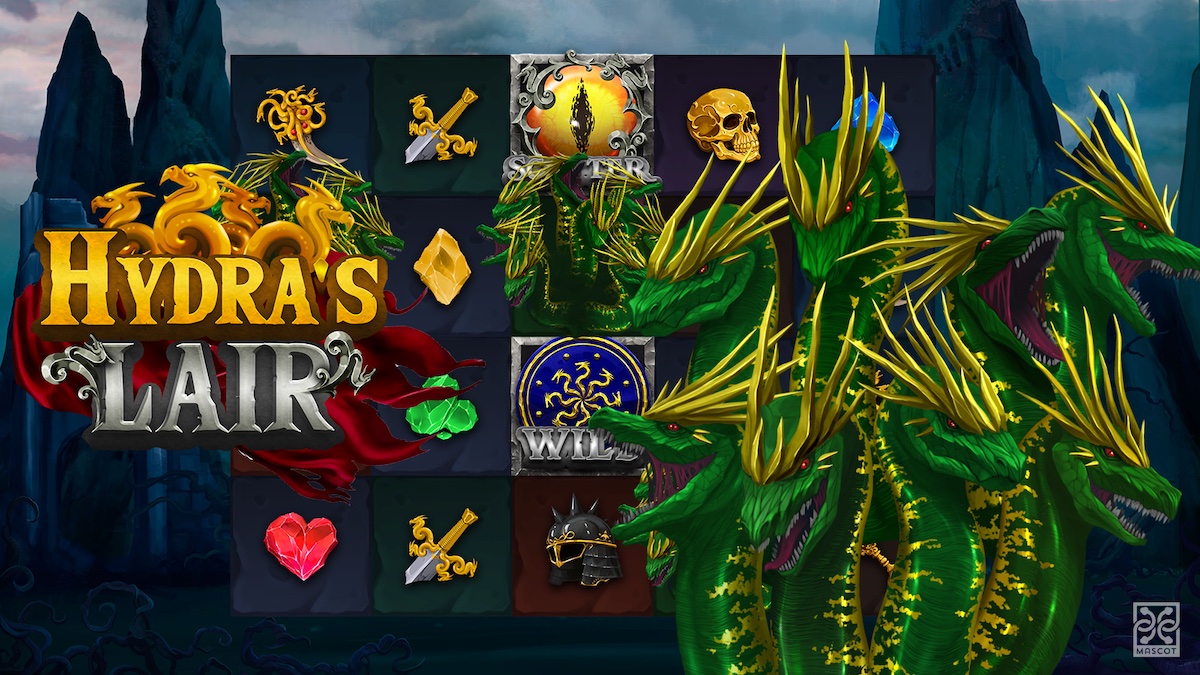 An adventurous slot by itself, the fantasy-themed Hydra's Lair by the fabulous casino slots developer Mascot Gaming is already at your disposal! Check the review to learn how the game is made and what you can expect from its gameplay.

Hydra's Lair is filled with wonders - will there be treasures hidden behind those dreadful cliffs?

With high volatility that promises less frequent but huge wins, a rather decent RTP rate of 95.19%, and a 40.01% hit rate, the video slot ensures a great pastime! The game features a dozen thematic symbols arranged as follows: 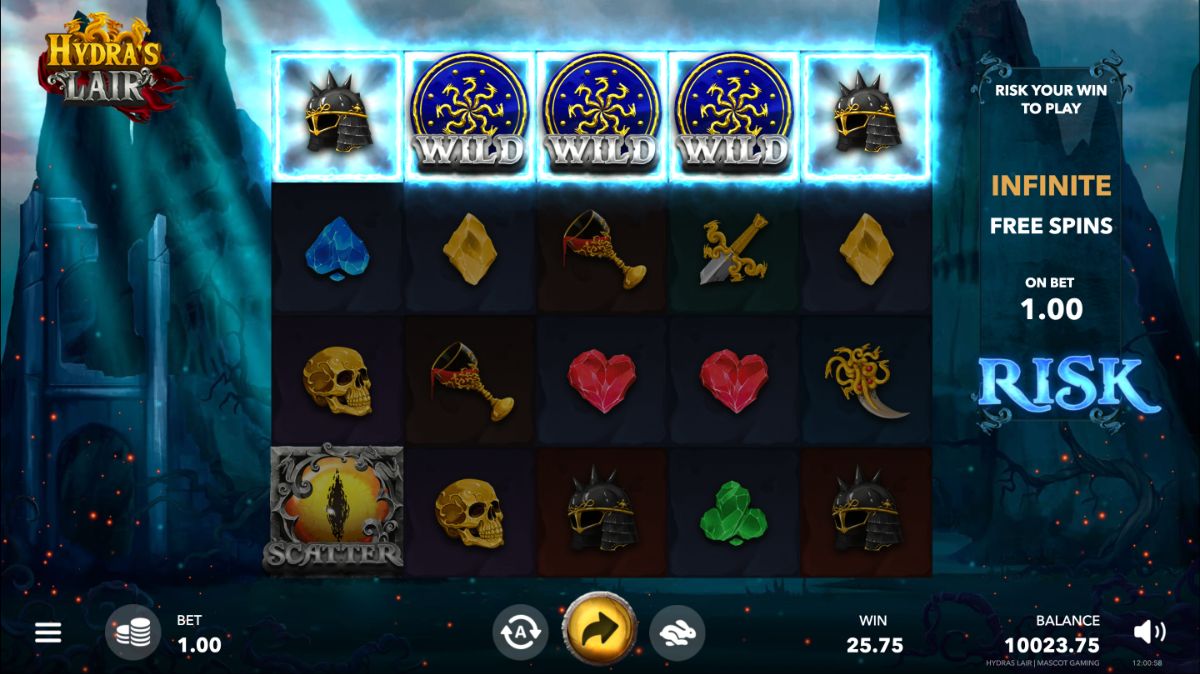 Aside from the standard symbols, Mascot Gaming gambling software development company has two wild symbols, and a scatter. The wilds substitute any common symbol except the scatter to form more winning combinations. Expect the Hydra wild icon only in the Free Spins feature. Every time you come across it, the Hydra feature will get activated.

Although the scatter symbol can be landed in both the main game and free spin rounds, expect it only on the first or fifth reels. Land two scatters to trigger the Infinite Free Spins round.

Mascot Gaming casino slots developer has incorporated the Quick Spin function in Hydra's Lair game. This will speed up the gameplay and allow you to create even more winning combinations. Furthermore, set the Autoplay function to spin as often as you wish or based on the balance increase/decrease. Mascot has set the minimum bet at 0.20 and the maximum bet at 4.00 per spin, making the game a great option for both slow-goers and risk-takers. 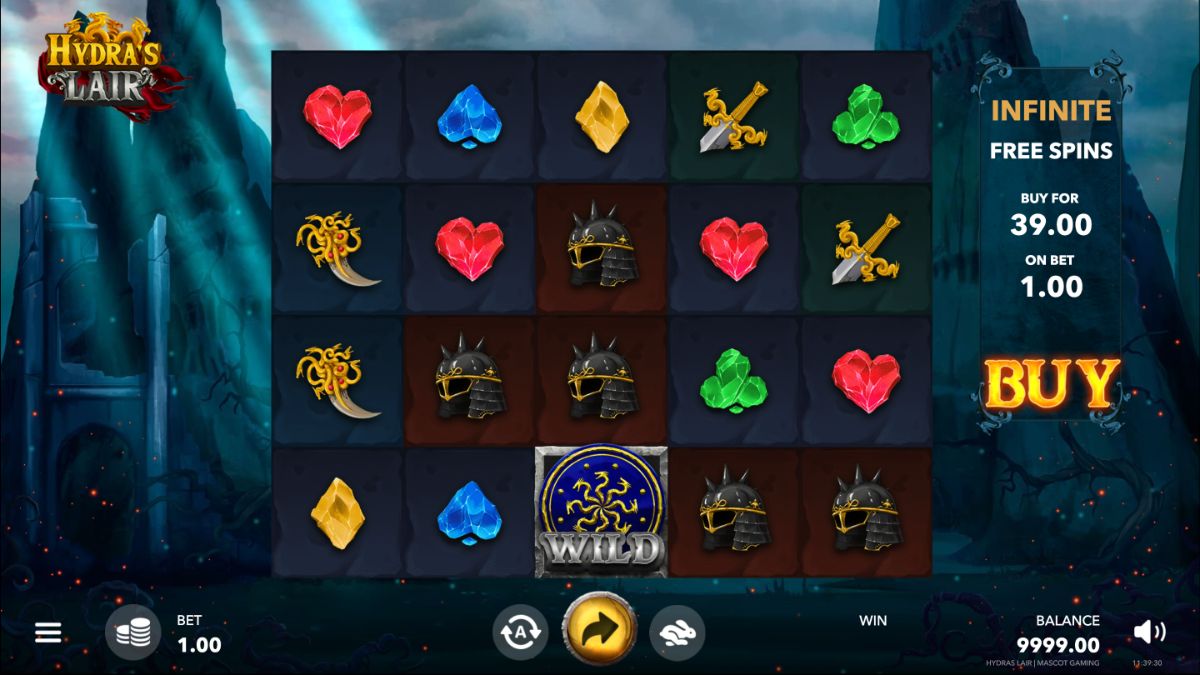 Hydra's Lair: Theme and Design of the Video Slot

If you like virtual slots around Greek mythology, Mascot Gaming, a premium gambling software development company, has a mind-blowing new release, especially for you! Launching the game, you are taken into the depth of an enchanted forest where the Hydra's Lair welcomes you with ominous rocks and a gloomy atmosphere. The reels are set upon a stunning backdrop with remnants of a presumably ancient Greek building, somber rocks, and dusky surroundings.

The game graphics are implemented in 2D format, and only the animation of the hydra symbol stands out. Furthermore, the music accompanying all your moves sounds mystic yet so enchanting! Overall, the Mascot Gaming casino slots developer did a super job, as the setting is as authentic theme-wise as possible! 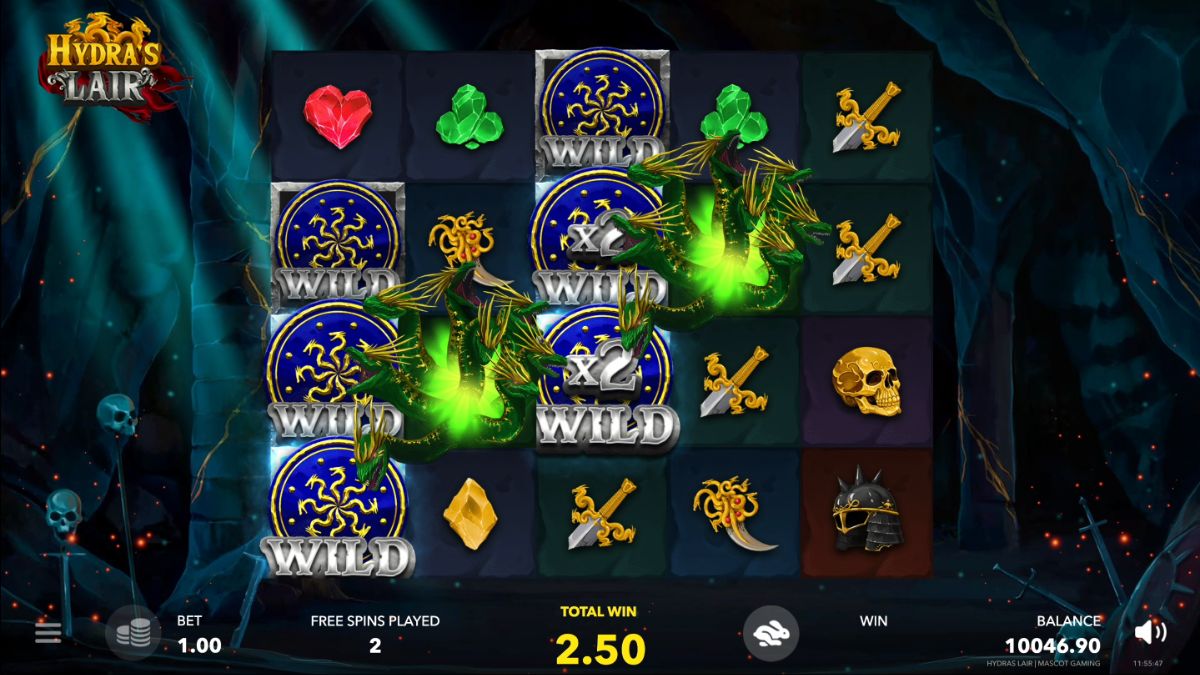 Mascot Gaming could not have released a new game without packing it with a series of special features to enhance the gameplay. And here, too, we are presented with amazing features like Infinite Free Spins, The Hydra Feature, and the brand's typical Risk & Buy. Let's review them one by one.

Landing two scatters on the paylines during a base game will open the Infinite Free Spins round. The feature will remain active until the scatters disappear from the screen. After that, the free spins will play automatically at the bet already made. And all the winnings will be calculated per the paytable.

When you are lucky enough to land the Hydra symbol, it will instantly turn all the adjacent symbols into wilds with multipliers. If you get several adjacent hydras, each will become wild with an x5 multiplier. 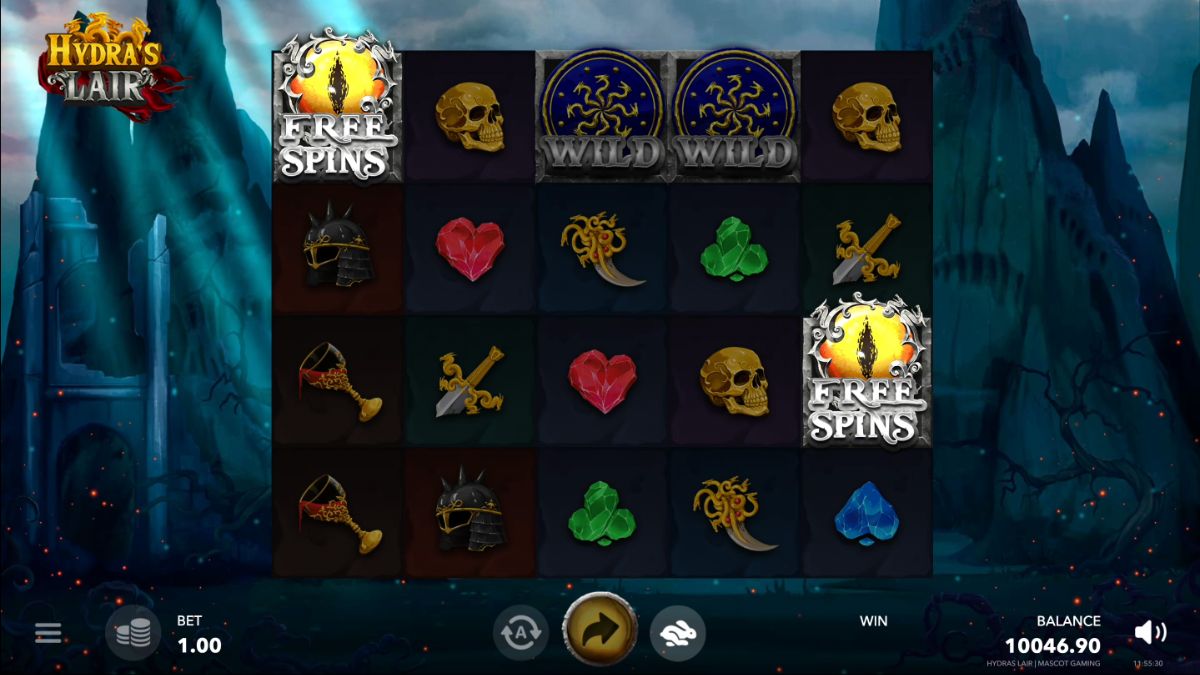 After every spin you make in Hydra's Lair game, whether you win or not, you are offered the Risk'n'Buy feature. It suggests exchanging the current win with a free spins feature or buying it at a specified cost.

With a total of cool graphics and rapid gameplay, Hydra's Lair video slot is the next big hit of the Mascot gambling software development company. The game features quite a decent RTP, big winning potential, and engaging gameplay, thanks to the special features.

Play Hydra's Lair video slot for real money and slay the Hydra's head to earn huge prizes. Add the game to your favorites, as it will keep you engaged for a long time.