Inspired by the so-cherished fairytale themes for slots, Mascot Gaming has released an intriguing video slot, The Princess & Dwarfs: Rockways. Packed with five Dwarfs, the Princess, tools, and several precious stones dug from the cave of the dwarfs, the game brings you into the Enchanted Cave for a magical adventure on all the six reels! 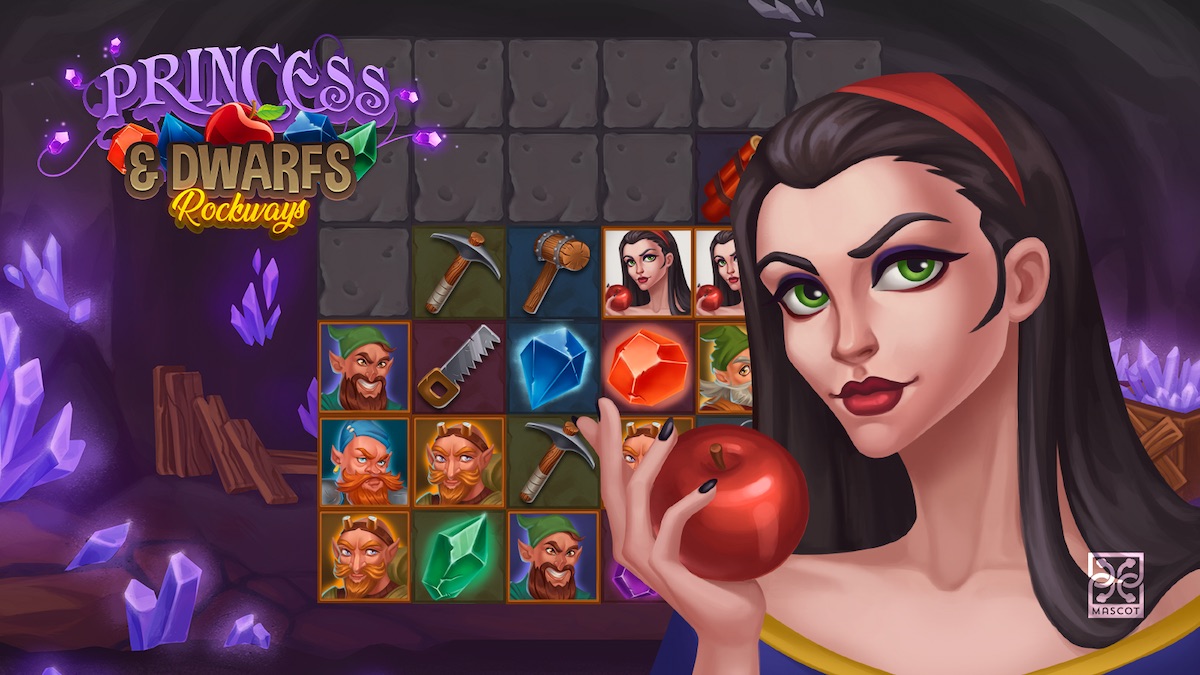 Available across all HTML5 platforms, The Princess & Dwarfs: Rockways ensures an amazing gambling pastime, whatever device you use to launch the game. The game is set over a 6x6 grid with 64 to 46656 winning opportunities. Actually, the high volatility of the game ensures rare but big wins. 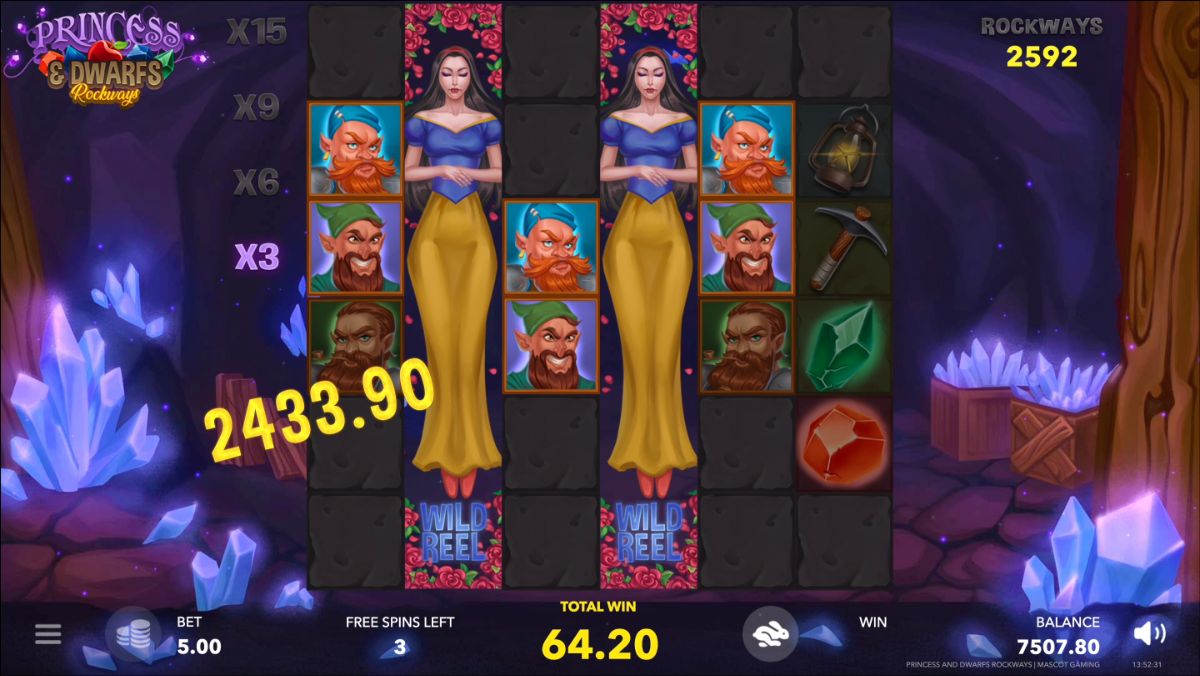 The Princess & Dwarfs: Rockways by remarkable iGaming software solutions Mascot Gaming takes place in a cave with precious gemstones already dug out. The grid gets filled with accurately pictured symbols. Winning combinations are formed of three to six matching symbols along any of the reels. Values of symbol payouts differ: 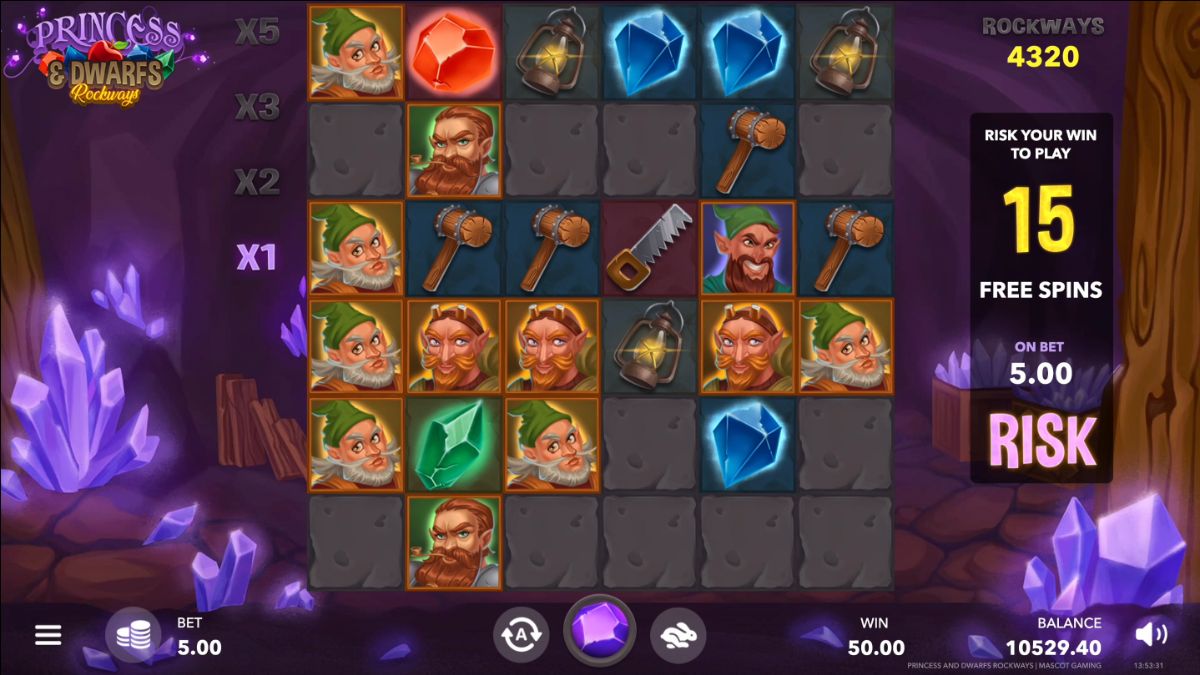 Besides these several ordinary symbols, the video slot by Mascot also introduces several special symbols. Let's have a glance at them:

The Princess & Dwarfs: Rockways slot allows gamblers to wager from 0.25 to 2.50 per spin, making the game an excellent option for both slow goers and high rollers. 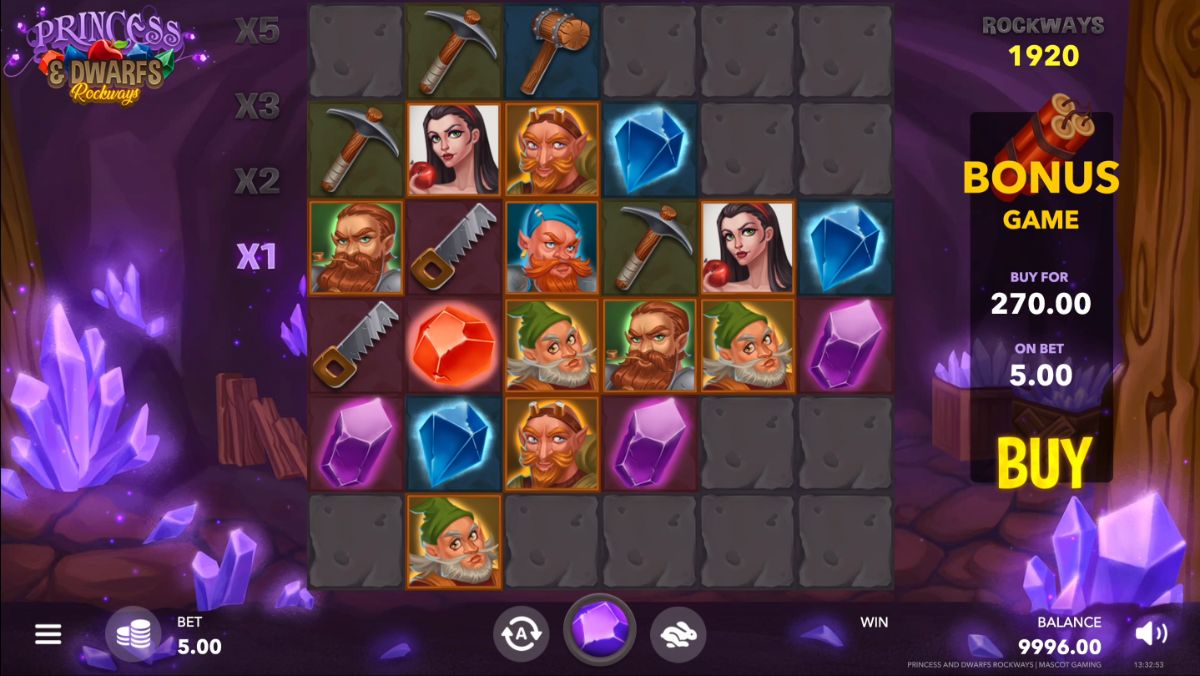 The Princess & Dwarfs: Rockways - Theme and Design of the Slot

Mascot Gaming embarks its players into a fairytale about a Princess and dwarfs. The developer focused on these shorties and their magic cave, where they mine glittering precious stones. They offer the treasure to especially lucky gamblers who aren't afraid to join these short fairytale creatures in search of fortune!

The soundtrack adds to the magic of this video slot with its light bells and trills that resemble the dwarfs' friendly gait into the cave in search of hidden treasures! With The Princess & Dwarfs: Rockways, Mascot Gaming developers proved once more they are top-notch experts when it comes to a one-of-a-kind take on a traditional theme. 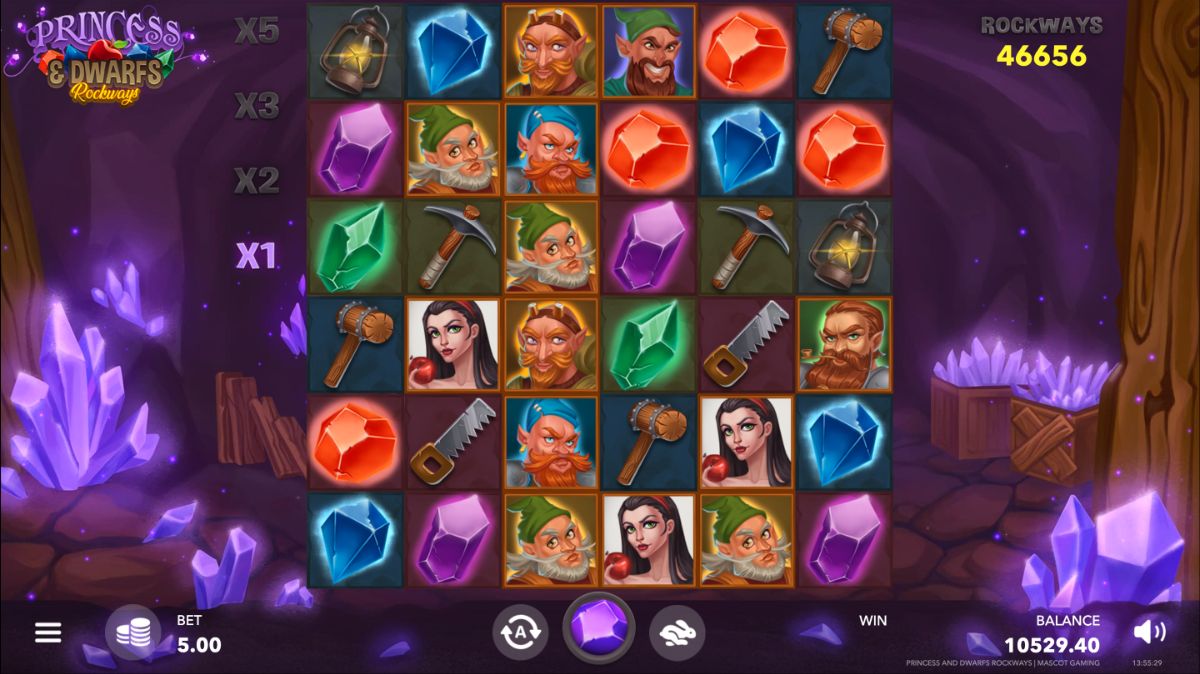 All releases by Mascot iGaming software solutions stand out for their mind-blowing innovative features that make gambling more immersive! And here, too, the developer welcomes its fans with a bunch of unique features.

The standout feature of The Princess & Dwarfs: Rockways can be guessed right from the game's title. Thanks to the Rockway structure of the grid, every reel has a different height during each spin ranging from two to six icons. This way, a player can have numerous pay ways reaching up to 46656! 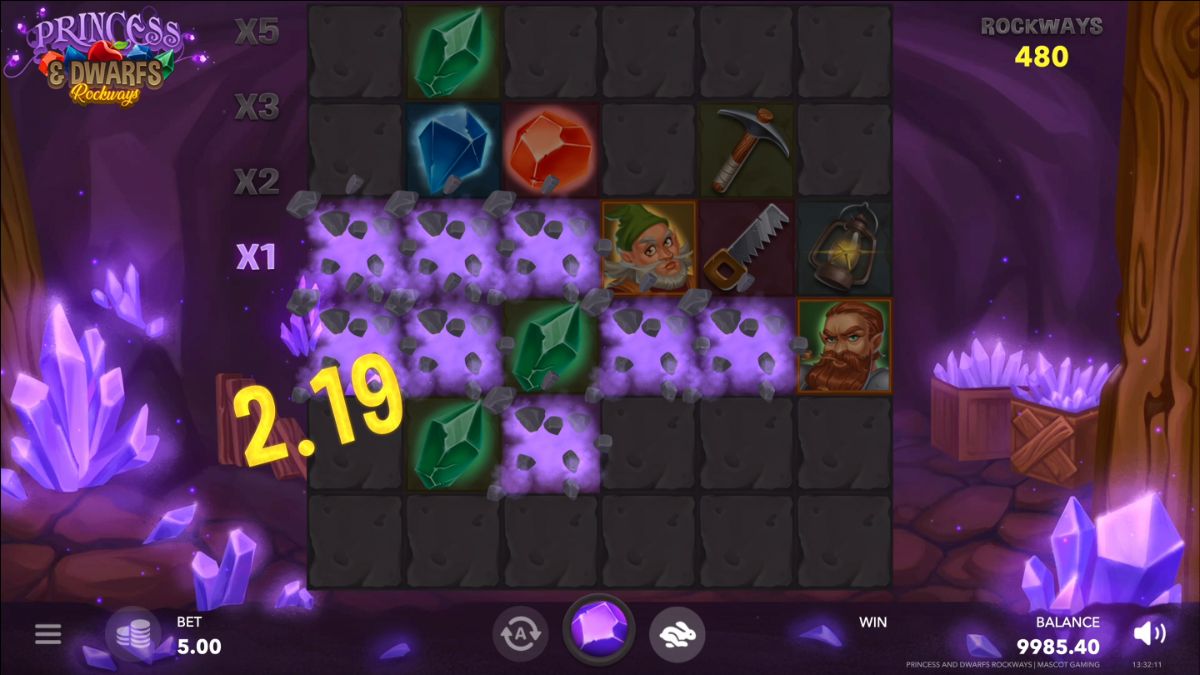 Activating the Rockfall feature during either the base or free spins round, players can get up to x5 or x15 multiplier, respectively. The feature is activated with a winning game round, whether in the base game or free spins. All the winning icons are cleared away from the grid and substituted with new ones. The feature ends once no more winning combos are formed on the grid.

Activate the Bonus game by landing four or more wilds (the Princess symbol) during the base game. You will immediately be awarded three bonus spins where only the Dynamite symbols appear with hidden multipliers and free spins.

You will trigger the Wild Reel feature if you are lucky to land the wild symbol during a Free Spin series. Here you will face numerous combinations with every winning symbol.

Whether your spin brought you a win or not in the main game, The Princess & Dwarfs: Rockways will introduce you to the Risk'n'Buy feature. It will suggest risking the current win to activate the Free Spins feature or buying the Bonus game at a specified price and triggering it instantly.

If you're after a thrilling gambling pastime, The Princess & Dwarfs: Rockways can be your best try! Packed with various standout features, well-thought graphics and symbols that reward appropriately, and plenty of winning potential, the video slot completes the series of excellent slots by Mascot.