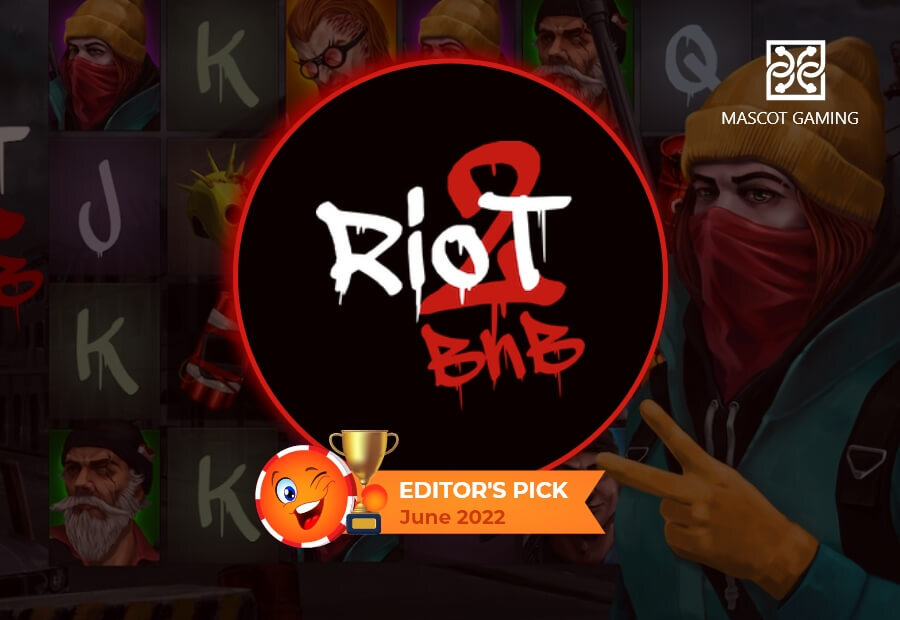 Since its release in June, 2022, Riot 2: Blow and Burn was an immediate success. In fact, it was one of the most anticipated sequels of the year, and gamblers worldwide took it for granted. The same refers to a prominent source of insights on online casinos Chipy.com. The company picked Riot 2: BnB as an Editor’s Pick of the month on June 2, 2022! It’s hard to put it into words how proud the entire team of Mascot Gaming was to find out their brainchild was nominated the best the very month it was released by such a famous and respected gambling resource! Chipy.com, previously known as thebigfreechiplist.com, has been operating in the industry since 2012 providing its visitors with up-to-date casino database, optimized searches, the best exclusive bonuses, latest news, and unbiased reviews on the most secure casinos and games. Therefore, Mascot Gaming took this attention as a great achievement and victory! 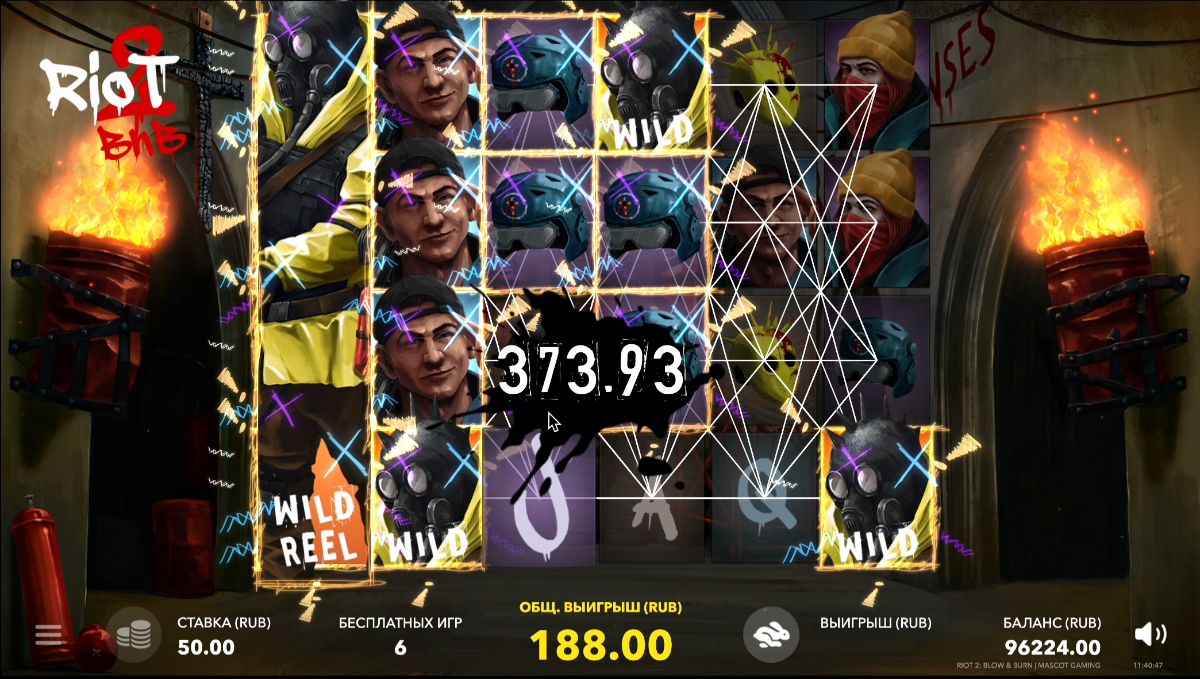 You can find the complete article about Riot 2: Blow and Burn as the Editor’s Choice on the site but we’d like to briefly outline what inspired the portal to pick up this Mascot Gaming slot as the Editor’s Pick. Particularly, they appreciated the incredible graphics and the realism of the post apocalyptic city that was chosen as the theme. A player perfectly gets what the developer wanted to express with the design and graffiti all over the game - raw, immersive and blood-chilling virtual reality of Riot 2!

All these unique features, the stunning graphics, and the thrilling gameplay brought the game success among players and the title of the Editor’s Pick on Chipy.com! 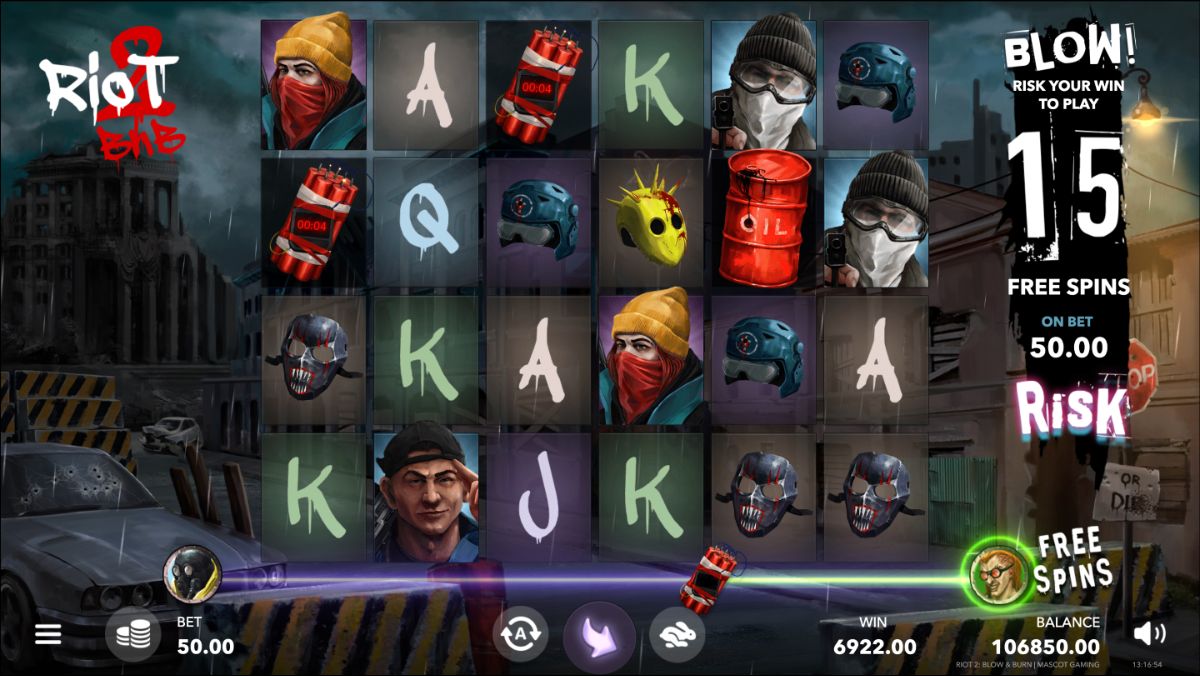 Mascot Gaming chose a destroyed city in a dystopian world as the background for this game. And a group of rebels is designated to visit the grid and explode symbols turning the wheels into Wilds. You can’t but want to virtually appear in this post-apocalyptic world to side with either the heroes or blow and burn everything to the ground with the villains. In both cases, a thrilling gambling experience is guaranteed!

The game is especially appealing to those who seek both traditional and innovative elements in a slot machine. The base mode is pretty engaging with a 6x4 playing field and 25 paylines but once special features appear on the reels, the game takes a new turn. 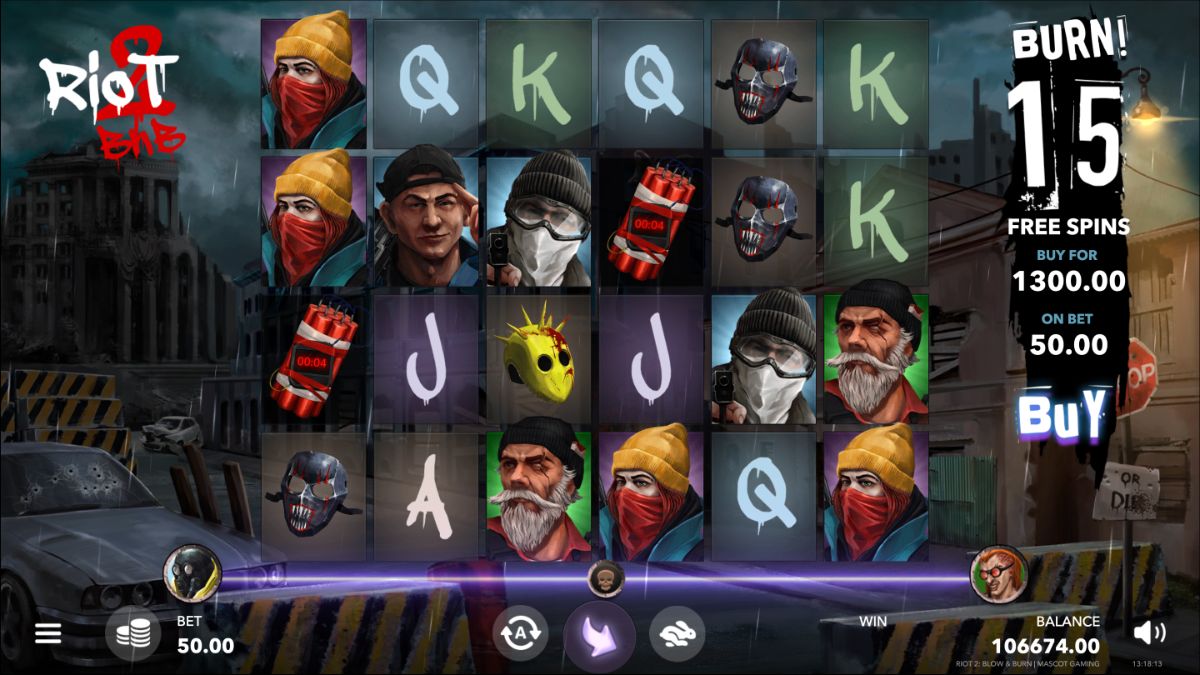 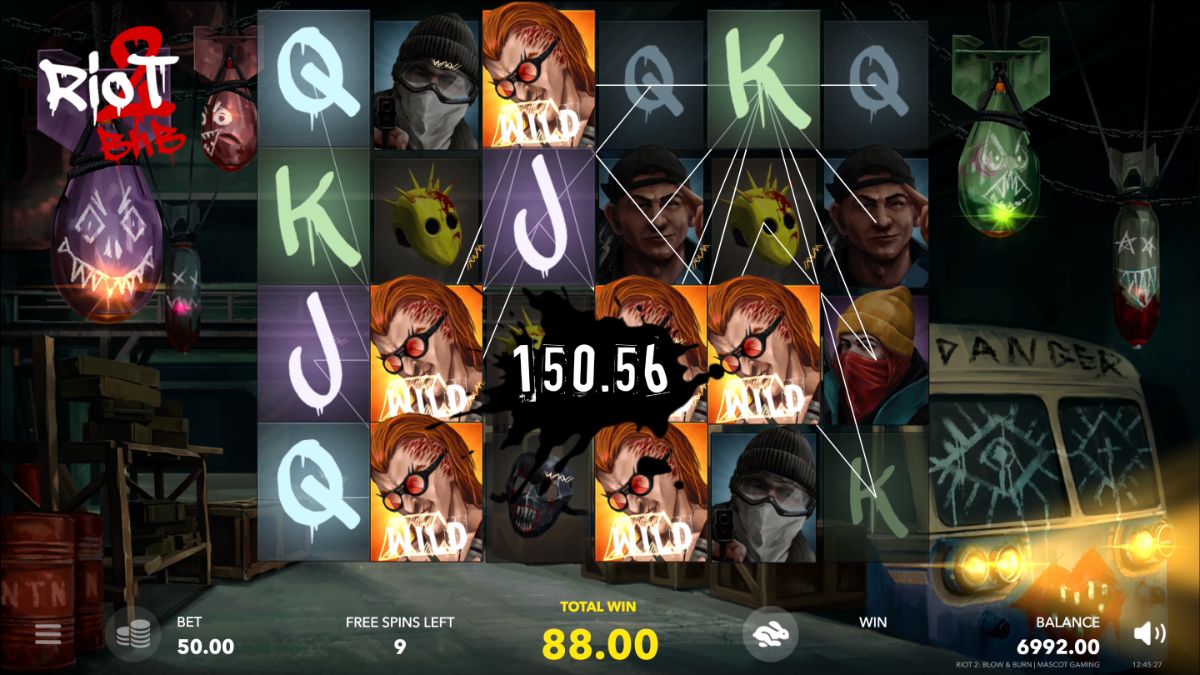 Mascot Gaming is popular for its brand Risk & Buy feature. The latter allows risking all your winning to exchange a Free Spins series. On the other hand, the game allows buying one of the available Free Spins with real cash to try the luck. The feature will especially appeal to players living by No Risk No Gain philosophy!

Winning the Editor’s Pick from Chipy.com for Riot 2: Blow and Burn was an important victory for Mascot Gaming. But the appreciation of players from around the world is even more binding for the software developer to keep on releasing unique games with addictive gameplay and gorgeous themes!