Tempting Chase for Gold With Loot The Train by Mascot Gaming

Mascot Gaming welcomes gambling enthusiasts on board the train packed with gold sacks and a safe with hidden treasures. Will you just ride or try to loop it in the game Loot The Train?! 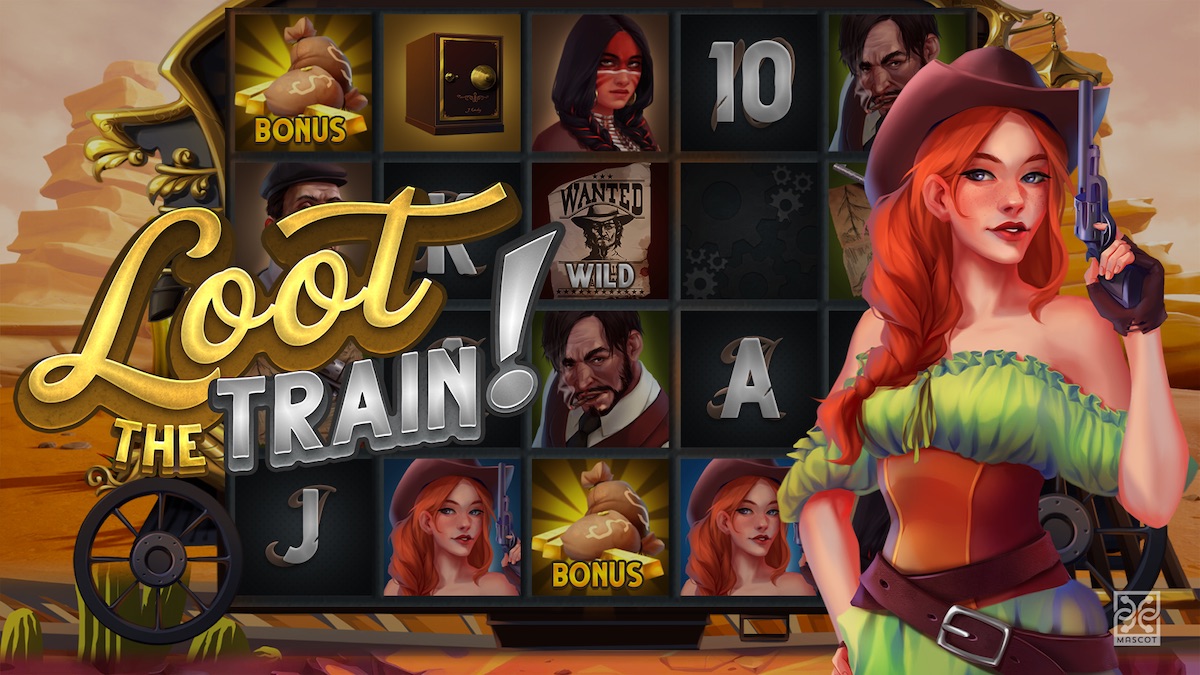 Set in the heart of the Wild West in the blazing sun and accompanied by typical Western music, the video slot immediately creates an adventurous mood. The skillfully chosen symbols lean into the stereotypes of characters that seem to belong to the world of Western movies. They lurk in the reels every time you spin them looking mysterious as if they know what's in the safe. This only triggers you to acquire a ticket into the Old West with the Loot The Train video slot recently developed by Mascot Gaming iGaming software solutions!

Loot The Train video slot, broadly available on all mobile and desktop gaming devices as long as they support HTML5 games, has been set on five reels and four rows. Despite this pretty standard slot grid, the game promises an unforgettable pastime and real chances of winning big. It features a 95.02% RTP rate and a 38.8% Hit Rate. Together with high volatility, the game indeed becomes your train toward wealth!

The rattling train car of Loot The Train frames the grid. Every spin you make refreshes the reels with a new set of symbols that can be quite rewarding. To form a winning combination, you must land three to five identical symbols on the reels or open a bonus game. The lowest paying symbols are represented via playing cards from 10 to Ace, paying out from 0.50 to 1.00 for a match of five, respectively.

Higher paying symbols, meanwhile, are far more interestingly depicted. They are responsible for creating the charming feel you get when you launch Loot The Train. Overall, the game features five high-paying symbols, each pictured artfully. Their clothes, facial features, and their expressions set the mood for the upcoming exciting gold-hunting adventure in the distant deserts of the Wild West! 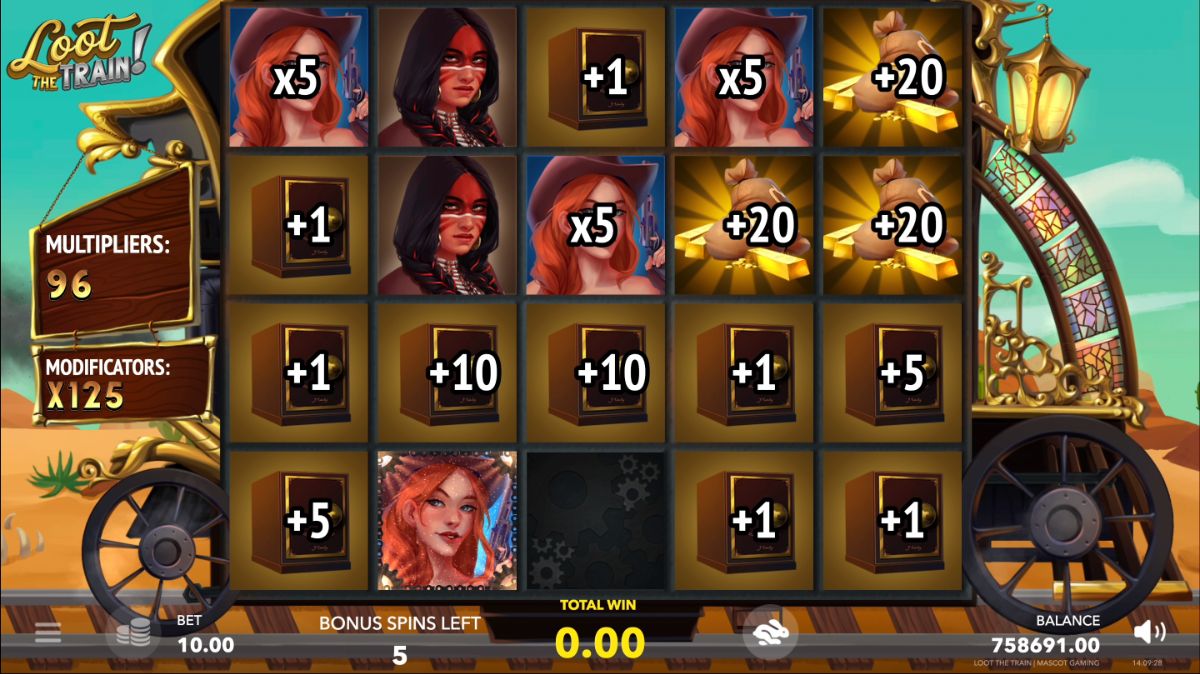 So, let's check what each of the high-paying symbols can grant you: 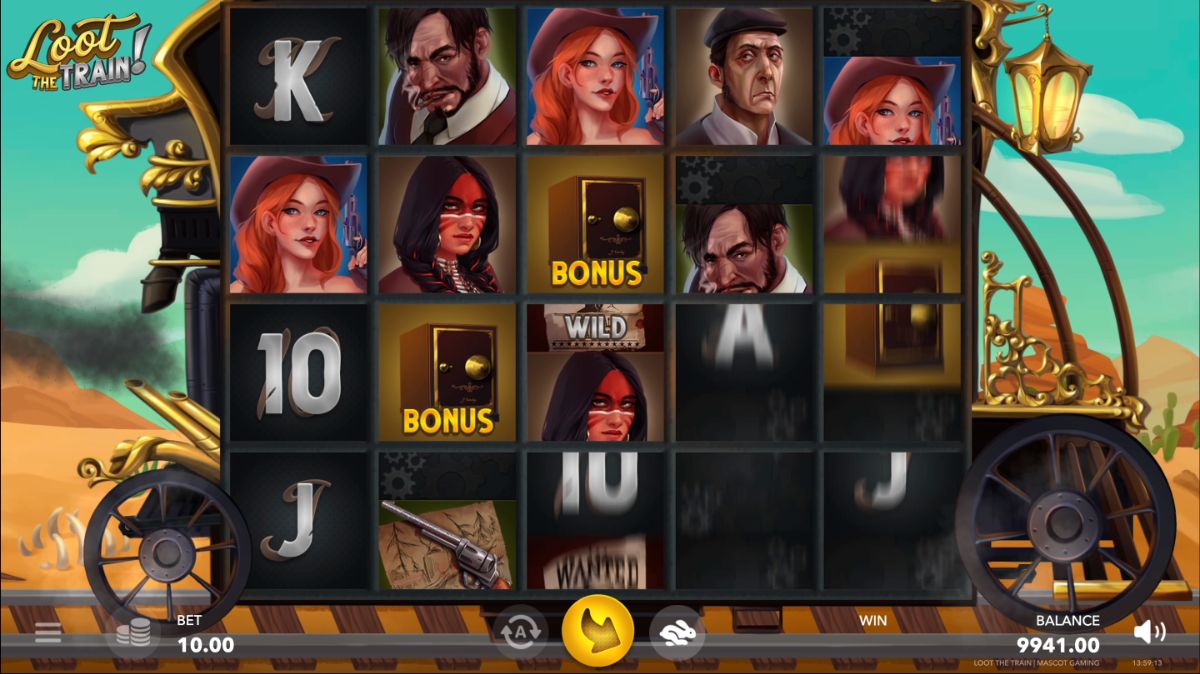 These were the standard symbols. As you know, Mascot Gaming does never suffice with the minimum. Hence, Loot The Train also has a set of special symbols that serve as keys for bonus games. Particularly: 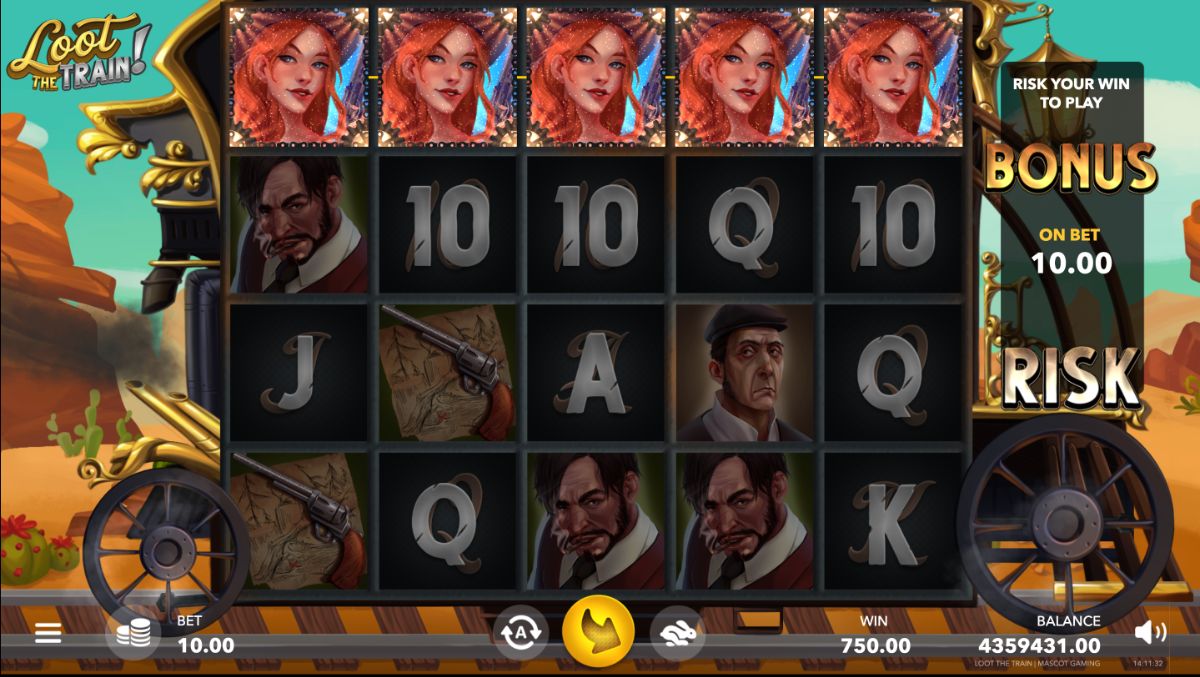 Loot The Train - Theme and Design of the Slot

Reels arrive dramatically on the old-fashioned rattling train car. The latter, as well as the charming American desert background, are animated with intriguing details. While you play, you will instantly notice new design elements passing the screen, such as cactuses, rocks, the smoke from the engine, or bushes. Moreover, the delicate metalwork on the train presumes it belongs to a rich man. Consequently, the safe and the gold sacks are there to grab.

The soundtrack of Loot The Train is a bouncing Western rhythm that perfectly befits a train journey in the desert. Overall, Mascot Gaming iGaming software solutions have perfectly captured Wild West's feel and effectively transferred it through the Loot The Train new video slot.

Special Features of Loot The Train

The round is triggered with three bonus spins. Every time you land a winning symbol anywhere on the reels, you reset the number of free spins to three. The entire round is played on the bet you have won. During a bonus game, expect to land only a Multiplier (the Safe), Super Multiplier (the Gold Sacks), Modifier, and Upgrade. None of these symbols has its payout during the Bonus Game. By the end of the round, the total win multiplier is calculated and applied to the entire bet.

When you fill all the reels with winning icons and haven't used up the number of bonus spins, the round will end with the number of remaining spins used as a Modifier. 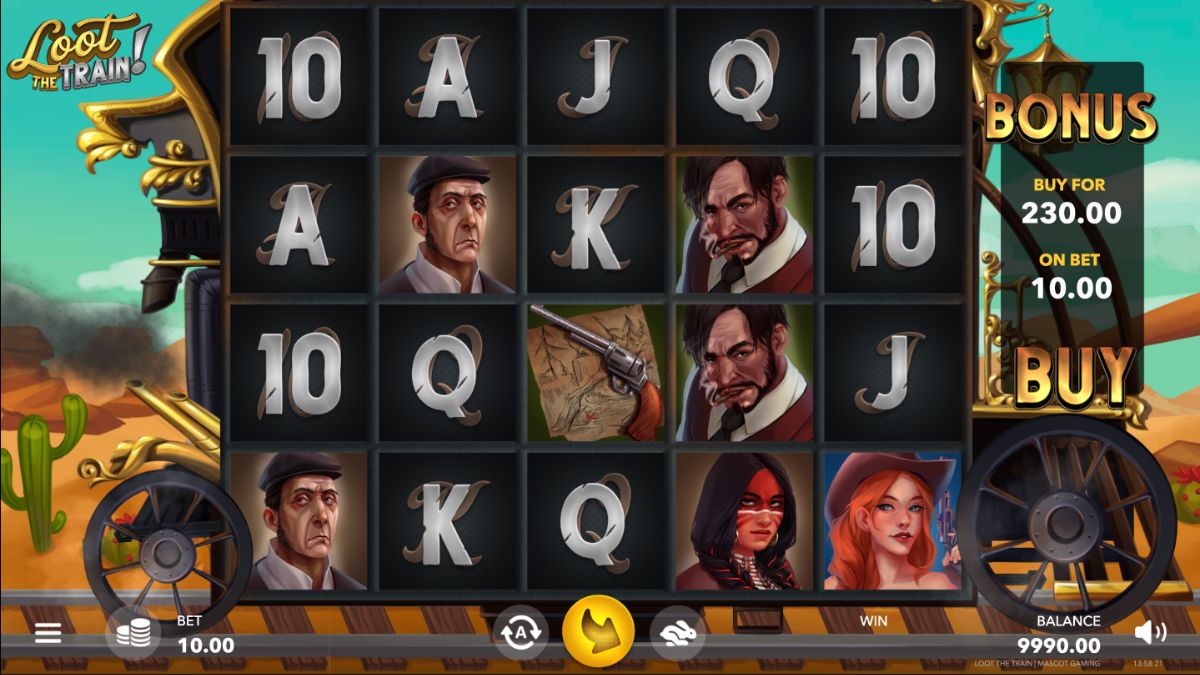 This feature, offered to the player in the main game after each spin, no matter if there has been a win, allows the player to risk all their winning to trigger a Bonus game or buy it at a specified price.

Suppose you opt to launch a Bonus game within this proposal. Your current winnings (within the Risk scope) or the indicated value (within the Buy scope) are immediately deducted from your balance via a bet. The Bonus game is played on the bet you placed before accepting the proposal.

Between the charming Western mood and the opportunities to win big thanks to the high RTP and the amazingly rewarding bonus rounds, Loot The Train is not a game to miss. The skillfully detailed graphics, animations, and charismatic high-paying symbols will put you in an adventurous frame of mind!